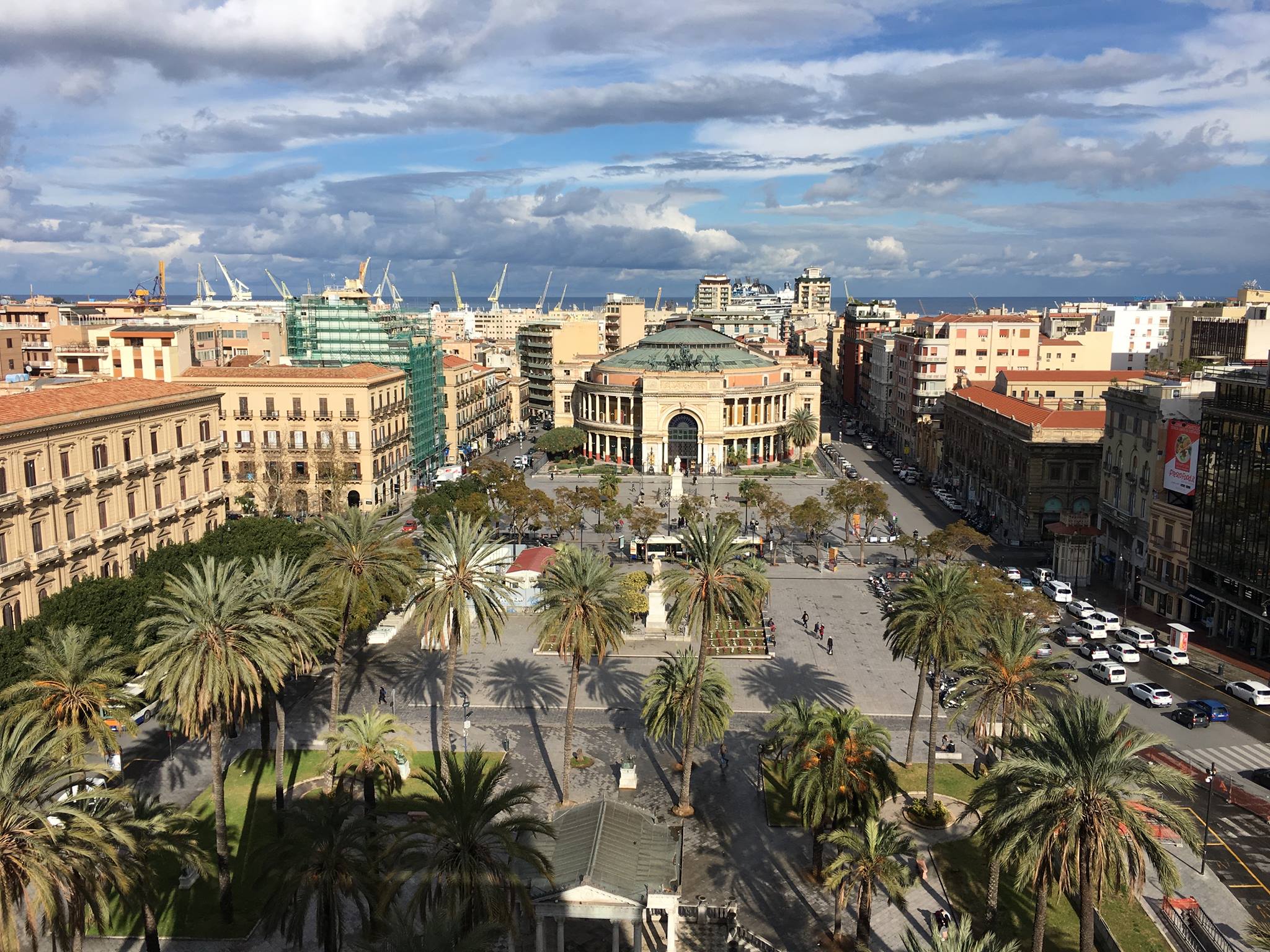 Palermo, Museum of the Mediterranean: if you want to know what has passed on these blue waves come to Palermo. It is a delightful city, a sweet city, a perfumed city. Its squares, its streets, its gardens, its monuments are magnificent. Here is Sicily: a masterpiece of nature, the center of a world, an illustrious land, so moving and so noble in its mysterious destiny. (Gabriel Hanotaux)

The B & B YooRoom is located in the center of Palermo, between two of the most representative monuments of the city, the Massimo Theater and the Politeama Theater. Its central location allows you to easily visit the entire historical and commercial center on foot, as well as being able to easily access the means of transport to reach all the most interesting areas of the city and other nearby towns rich in monuments (such as Monreale) and bathing (like Mondello), while staying in an area full of attractions, commercial, artistic, historical, tourist.

The B & B YooRoom is located in via Mariano Stabile, at the corner of via Ruggero Settimo, one of the most famous streets of Palermo, near the shuttle stop to and from the airport in Piazza Castelnuovo; its particular position allows you to walk to the most interesting monuments of Palermo, including those that are part of the Arab-Norman route, recognized as a UNESCO World Heritage Site (Cathedral of Palermo, Palazzo Reale, Cappella Palatina, churches of San Giovanni degli Eremiti, of Martorana, of San Cataldo and the Castello della Zisa); in addition to these, you can easily reach places like the Quattro Canti, Palazzo Abatellis, the Chiaramonte Palace (also called Steri) as well as the most beautiful historical neighborhoods and popular markets such as the “Capo”, “Ballarò” and the “Vucciria” and the many palaces and villas in liberty style.

Who has once seen the sky of Palermo can never forget it.
(Johann Wolfgang von Goethe)

The location of B & B YouRoom, just outside the ZTL (limited traffic zone), is excellent for travel by private means but also public. The nearby Piazza Castelnuovo, a short distance from the Maritime Station, is a junction of the main bus and coach lines, which allow you to reach both the railway connections (Central Station) and the Palermo airport Punta Raisi (Falcone-Borsellino) and the bathing areas of the city, such as Mondello and Sferracavallo, or other Sicilian locations, with mainly seaside attractions (such as San Vito Lo Capo) or with important historical-monumental testimonies (such as Cefalù).

“How can you live without knowing Palermo?”
(Milan Kundera)